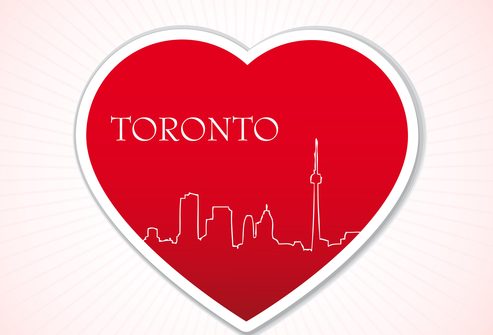 Today, the entire MeloTel Team is equal parts heartbroken and outraged. We stand united in our support for all of those who have been affected by yesterday’s tragedy, which took place in our hometown of Toronto. The heinous acts of the individual who purposely drove a rental van into a crowded Yonge and Finch intersection have shaken us all. The incident literally hit close to home.

The MeloTel offices are located a short distance away from the North York area where yesterday’s tragedy occurred. However, it’s not just our proximity to the incident that makes us so sorrowful today. It’s truly hard to sum up our heartfelt sorrow for the victims and their families and friends. On behalf of the entire MeloTel team, we humbly offer our most sincere condolences to those who have lost their loved ones. We also send our wishes for speedy recoveries to those who were injured.

At present, we are aware that 10 Torontonians needlessly lost their lives yesterday. 15 more were injured. We’re gutted knowing this happened in our city. Horrific mass killings seem to be happening all too often. And we’re truly saddened to have our great City of Toronto added to the list of places where such tragedies have occurred.

Allow us to confidently state our pride in being Torontonians. We know this city to be safe, welcoming and full of incomparable talents that are made up of all walks of life. It’s a city of acceptance of people, regardless of their origins and backgrounds. We sincerely hope that this senseless act of violence will not hamper Toronto’s reputation from a global perspective.

We invite you to work with us on helping the victims of yesterday’s tragedy. We’ve been made aware that a GoFundMe fundraiser has been initiated in response to the horrific incident. Set up by Canada Zakat, which is a project of DawaNet, the initiative is raising funds for the funeral expenses of the victims who lost their lives.

As the GoFundMe page informs, “previously Canada Zakat has successfully spearheaded fundraising campaigns for the Quebec Mosque Shooting victims and for Aymen Derbali and raised over $800,000 during the shooting at a Quebec City Mosque…Canada Zakat’s also exploring other ways of assisting those affected.”

As of this writing, nearly 1,500 people have already contributed to the fundraiser and more than $83,000 of the $1 million goal have been raised. Of course, you certainly don’t have to be from Toronto in order to lend your support. We’re quite proud that our MeloTel family extends to individuals all over Canada and the United States. Today, we know they share in our grief.

We’re sure that every small donation will help. But we also invite you to join us in enacting small gestures of kindness to complete strangers – today, and every day. There are many broken hearts that need mending. Let’s all do our part.