John Lifts Donation Goal To $1000 In Celebration Of His Birthday 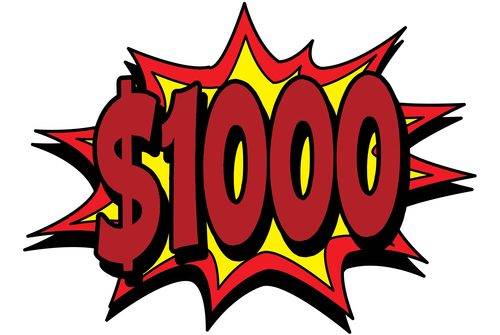 Last week, on the MeloTel Blog, we reported that our company’s Founder and CEO, John Meloche will be celebrating his 39th birthday this coming Saturday, January 26th. As part of his celebration, this year, John decided to launch a Facebook campaign calling for donations towards a charitable organization that is very near and dear to his heart.

“Project SHARE provides emergency food to an average of 100 families per day who are living below the poverty line in Niagara Falls,” John explained on his Facebook page, “Project SHARE was also single-handedly responsible for ensuring I had a breakfast to eat each morning when I was sent to school without one.”

John quickly reached his goal of $500!

Setting his goal at $500 may have been a bit modest. Evidently, John isn’t fully aware of just how much love and support he has. But the MeloTel team is proud to announce that the big boss is beloved to the point where he exceeded his $500 goal well in advance of his birthday! As a result, he has now doubled his goal to $1000, in hopes to offer Project SHARE an even greater donation this Saturday.

“Honestly, I’m so incredibly grateful that I was able to raise $500 towards such a good cause,” John wrote on his page this past Friday, “Considering there are still two weeks left to reach my goal and we’ve already met the goal today, I think it only makes sense to increase the goal to $1000. Thank you everybody for considering this. I know there are a lot of causes to give to. But this is certainly one that I personally stand behind.”

With the intention of offering Project SHARE as sizeable a charitable donation as possible, the MeloTel team would like to encourage you to donate whatever you can to this great cause. As a reminder, Project SHARE addresses the needs of individuals who live in poverty in the Niagara Falls community by addressing their short-term needs for food while creating long-term solutions for food security.

To donate to John’s birthday cause, please click this link and find the donation buttons right under John’s post. Keep in mind that you may donate any amount that you like, but there are also buttons that show different dollar amounts for you to choose from. All donations will be granted to Project SHARE by PayPal Giving Fund Canada within 15 to 90 days.

Founded in 1989 as C.O.E.S. (Coordinated Outreach Emergency Services) and changing its name in 1992, Project SHARE (Support, Housing, Awareness, Resources and Emergency) offers a wide range of services that all work to combat hunger in the Niagara Falls region. On behalf of the entire MeloTel team, we would like to thank all of you who have already shown their support to John’s birthday initiative.

And, in advance, we would also like to thank all of those who will be helping us to reach our $1000 goal by John’s birthday this Saturday!