Happy Fourth Of July From MeloTel! 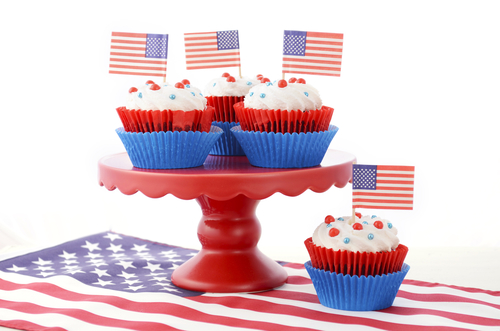 On behalf of the entire MeloTel team, we’d like to offer all of our American friends a very happy Fourth of July! Just as we celebrated Canada Day on July 1st, here in Canada, our neighbours to the south are celebrating their nation’s Independence Day today. We know that the vast majority of you aren’t working today, but we did want you to know that MeloTel is open for business in the event that you have any questions.

Although MeloTel’s proudly proclaims itself to be “Canada’s Hosted Company”, we happily provide our services to business owners all across North America. It just so happens that many of our clients are based in the United States and we couldn’t be happier to provide our unique brand of cloud-hosted services and incomparable customer service to them.

Canada and the U.S. – forever united.

We’re also quite proud of the long-lasting partnership between Canada and the United States. And we’re not even talking about the various businesses that MeloTel is affiliated with. As two of the three countries in North America, Canada and the U.S. have a special relationship. We have many things in common including a language and a variety of cultural activities.

Take sports, for example. Three of the four major professional sports leagues in North America consist of teams from both Canada and the United States. Fans from both sides of the border are regularly visiting each other’s nations in order to support their favourite sports teams. This is most evident in the NHL which is comprised of 31 teams with seven of them being based in Canada.

They are, for the record, the Vancouver Canucks, the Edmonton Oilers, the Calgary Flames, the Winnipeg Jets, the Montreal Canadiens, the Ottawa Senators and our beloved hometown Toronto Maple Leafs! Of course, our hometown Toronto Blue Jays and Toronto Raptors represent Major League Baseball and the NBA respectively.

Our unification will be showcased in 2026!

But perhaps, the greatest example of the unification between Canada and the United States in sports comes by way of the recent announcement that, along with Mexico, our nations will jointly host the 2026 FIFA World Cup. The world’s most celebrated sports tournament is currently taking place in Russia. Soccer, or “futbol” as it is more appropriately referred to by fans of the sport, arguably elicits more emotional ups and downs than any other sporting event in the world.

Of course, the sporting world is far from the only unifier of Canada and the United States. We only chose to highlight the connection in today’s blog to explain that our two nations are interconnected in ways that will never dissipate. At MeloTel, we’re happy that our connections to clients in America are only growing in both strength and in numbers.

While we’re hard at work for each and every one of our clients today, we’d like to reiterate our well wishes to all those south of the border who are celebrating their nation’s birthday today. Happy Fourth of July everyone!

For information about any and all of our cloud-hosted services, please don’t hesitate to contact us at 1-888-MELOTEL or use the Live Chat feature on our website!