You Gotta Hear This! 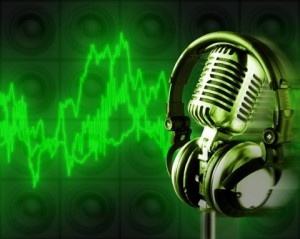 Well, if it’s one thing that MeloTel has been touting since its inception, it’s that we’re innovative, inventive and always looking for ways to outdo our competition. So, we’re incredibly proud to say that we’ve taken yet another step in the direction of “greatest telephone company ever” by doing something that we know our competitors have not.

That’s right, we’re now number one hit music makers! In fact, earlier this month we created our very own theme song entitled “888 MELOTEL”! Check it out! An up-tempo and energetic hip-hop jam, the new MeloTel song is bound to blow your socks off. Not only is it an incredible display of ear pleasing awesomeness, but the feat is truly groundbreaking!

The amazing new rap track is performed by none other than the president of MeloTel himself, John Meloche! A brash and unapologetic calling out of other telephone companies, “888 MELOTEL” is no cheesy jingle. The full-on aggressive and skillful rap composition is a true example of the professionalism that MeloTel is all about.

And we’re not joking! Sure, many of the lyrics to the new theme song are done tongue-in-cheek. But don’t be surprised if John Meloche turns a few heads and gets a few nods at an upcoming Grammy Award celebration! In all seriousness, we decided that if we were going to go through with creating a song for our company, we were going to do it right.

Picture Ludacris becoming the owner of a telephone company and writing a song about it. That’s “888 MELOTEL”! To do this correctly, it was important to enlist the services of one of the most skillful artists in Canada’s hip-hop scene. Veteran lyricist, Dan-e-o is best known for his debut single, “Dear Hip Hop”.

Released in 1996 on Rap Essentials Volume One, “Dear Hip Hop” is considered a Canadian hip-hop classic, according to Wikipedia. Dan-e-o concocted both the beat and the lyrics for “888 MELOTEL” and entrusted up-and-coming rapper extraordinaire, John Meloche to take it from there. The result was magical!

We’d like to take this time to also thank T.J. Habibi of the amazing electro-rock group, Secret Suburbia for recording, mixing and mastering the gem that is “888 MELOTEL”. We urge you to get online to check out all of the amazing music and videos released by both Dan-e-o and Secret Suburbia. They have a lot more on the way too!

And, of course, while you’re at it, check out “888 MELOTEL” and spread the word about hip-hop’s new star, John Meloche! Actually, we hope you have as much fun listening to our theme song as we did making it. Of course, this is just one of our many ways in showing our client base just how innovative, inventive and in front of the competition that MeloTel can be!

ENTER THE CUTEST PET CONTEST FOR A CHANCE TO WIN $100 CASH!

MeloTel is hosting a "Cutest Pet Contest" allowing anyone to submit their cute pet photo to enter. All you have to is "Like" the MeloTel Page and post your entry photo with you and your pet and a brief description of your pet in the comments section below.

- You must LIKE MeloTel page to qualify.
- You can submit only 1 pet per entry but you may enter as many times as you want.
- The comment MUST be on this post. Sending us the image or commenting on other posts will not be counted as an entry.
- The photo must include YOU and your pet as proof the pet belongs to you.
- You must describe your pet in the comment.
- The winner will be decided by a vote by all MeloTel Staff.

This is Lucy, she loves taking naps and eating snow. She often gets in trouble for digging in the garden. She pretends she doesn’t but her little brown snout always gives her away 💕

My sweet little Shiba Inu pup Pepper... and yes she is spicy 🌶

This is Harley is 12 years of age but is a true friend to everyone..Harley is always looking for some kind of attention please play with me lol

This is my girl Reba. She is 9 months old and is full of personality. She is very nosy and usually sits on the top of the couch and looks out the front window to see whats going on.

I couldn't help myself...here's another photo of Reba visiting me at work. I work from home and sometimes she manages to sneak in to my office when I have the door open. She's a nice distraction <3

This is my black lab, Benny. He always likes a good party! I will post another photo of us together.

#SMS = short message service. And, in recent years, it has become known as a big #business booster! Check out the latest MeloTel #blog to all about it! ... See MoreSee Less

How many text messages do you send in a day? We’re guessing that it would be hard to even wager a guess. Texting is such a common occurrence that we often do it without thinking about it. This is wh...
View on Facebook
·Share

We’ve been around since 2009 – you’ll be glad you finally found us.

Check out our pricing plans 👇👇👇
melotel.com/services/commercial-phone-services/

#SMS = short message service. And, in recent years, it has become known as a big #business booster! Check out the latest MeloTel #blog to all about it! https://melotel.com/blog/what-makes-sms-marketing-such-a-big-business-booster/