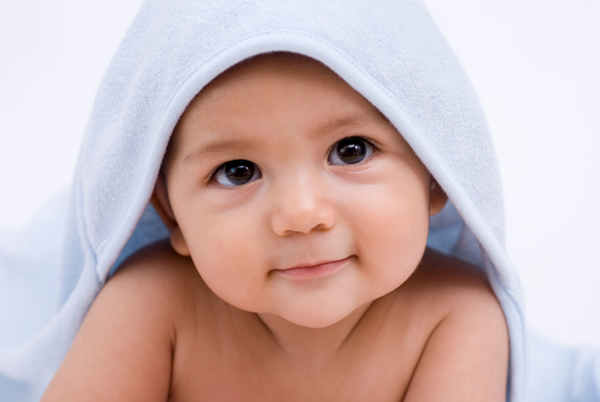 Promoting your business is a key ingredient in its success. Naturally, it’s important to get the word out and have it spread about your brand if you intend on growing it. Advertising can sometimes take on some pretty strange forms. There’s inventive and then there’s crazy! And we, here at MeloTel, have recently come up with quite the crazy idea. To be honest, it sort of just started as a joke.

A week ago, our company President, John Meloche jokingly posted the following message to the MeloTel Facebook page: “Are you having a baby soon? You could earn up to $2000 by legally naming your child ‘MeloTel’. Contact us to learn more!” Intended to be one of John’s tongue-in-cheek eyebrow-raisers for fun, we were surprised at the number of responses the challenge generated!

So, we figured, why not make a full-fledged promotional campaign out of it? As you may know, John is up for having as much fun as the next guy. Probably more! And he’s never one to shy away from giving back to the community. So, with that said, let’s clarify what our brand new baby-naming promotion is all about. MeloTel will be providing one prize per category.

BABY’S FIRST NAME. MeloTel is offering ONE family the opportunity to win $2000 if they are willing to give their new child “MeloTel” as a first name. Please note that MeloTel reserves the right to approve the name and that documentation proving the legitimate naming of the child as “MeloTel” must be submitted prior to receiving the prize money.

BABY’S MIDDLE NAME. MeloTel is also willing to offer another family the opportunity to win $500 if they make “1888MELOTEL” the middle name of their new baby. Once again, MeloTel must approve the name and see legal documentation to confirm the child’s middle name before the winners receive their prize money. Sounding crazy enough?

PET’S NAME. Feeling as generous as we do adventurous this month, MeloTel has decided to also honour families who name their pets “MeloTel”. For this, you will earn $5. We know…not much. But hey, it’s not like you would be naming your kid after our great company! As mentioned earlier, what started out as a joke has become an inventive promotional campaign.

And sure, it may sound a little bit crazy. But crazier things have happened. And, at MeloTel, it’s never lost on us that having fun is a necessary part of life. Consider the many different things that people have named their children anyways. It could be a lot worse. Rock musician Frank Zappa named his daughters Moon Unit and Diva Thin Muffin!

Okay, so maybe those aren’t names of VoIP Telephone companies. But actress Gwyneth Paltrow did name her first daughter, Apple. How much do you want to bet she owns an iPod, iPad and an iPhone? We’re just saying. For more information on our new baby-naming promotion, please give us a call at 1-888-MELOTEL. Remember to have us approve the name before you sign a birth certificate! Good luck!

How has #COVID19 impacted your #business? Are you and your team now #workingfromhome? What can be done to make it easier? Check out the latest MeloTel #Blog for #tips! ... See MoreSee Less

Why is NOW the right time to make the switch to #VoIP? Find out in the latest MeloTel #Blog! ... See MoreSee Less