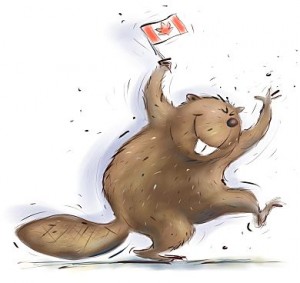 How does one judge happiness? Is it based on how much money one has? Surely, some may think so. Can it be judged based on the number of loved ones a person has? Or perhaps, is happiness based on accomplishments? In truth, people all judge happiness differently. And hopefully, you’re happy as you’re reading this blog today!

If not, here’s hoping the following news will put you in a good mood. Yesterday, QMI Agency reported that Canada is the fifth-happiest country in the world. Are you smiling yet? Just in case you’re wondering how in the world anyone could come up with such a conclusion, the first-ever World Happiness Report has the answers.

According to the Earth Institute, who published a report commissioned for the UN’s 2nd Conference on Happiness (wait, you mean there is such a thing?), Canada rounds out the top five happiest countries on the planet. So back to our earlier question. How exactly is happiness judged? Are we really that happy a country?

As QMI reports, there is more to happiness than money, after all. Other social factors including personal freedoms, social support and an absence of corruption were looked upon as contributors to national joy. We always knew, here at MeloTel, that it was a good thing to be a Canadian. And now there’s proof!

The report determined that the four happiest countries in the world are Denmark, Norway, Finland and the Netherlands. How they beat Canada, we’re not too sure. But one thing is certain, Canada is the happiest place in North America! Interestingly, the top four nations are all in northern Europe.

Sadly, the four least happy countries also share a common geography. Togo, Benin, Central African Republic and Sierra Leone are all located in sub-Saharan Africa. In the cases of these nations, poor economies were significant factors in the general despair that is felt throughout each country.

Just in case you were wondering, the United States placed 11th on the worldwide happiness list, while the United Kingdom finished 18th. As QMI points out, the standards of living across the world have improved over time, but have not always contributed to a sense of happiness.

The United States is an example of such a country where a rise in the standard of living has not necessarily made it a happier nation. Good news though. QMI notes that the report found that over the last 30 years, the world has become “a little happier” overall. Now, there’s something to smile about. Happy now?